This page as continue (or maybe beginning) of similar page with some my philosophic views.

My story from born to travels

My body was born in 1974 at Ufa city of Soviet Union (now it’s within Russia) and next 26 years i live «normal standart» life: school, college, and then working and making our world more and more occupied by technological and industrial products and less nature. But since January of 2001 my life got a big changes. I lost (almost) interest for money and started to study about religions and some spiritual teachings. My philosophy are near to advaita (or non-duality), it’s almost buddsim but without rituals. But i respect all religions, traditions and alternative opinions.

Also, in my childhood sometimes i walk along my not so small city and ride a bike around it. As well i studied a lot about geography, i loved watch the papper maps and analising about territories, cities, rivers, mountains and locations of them. Also, i loved read some books aout geopolitics. So it was like a prerequisites for my future long travels. Seems it just waiting for realisation.

Well it began to realising at 2004. At that year i tried to traveling by hich-hiking and with very small budget. At that first trip i have been away from my home for 100 days. And all next years i continue travel and till now i visit 34 countries (mostly in Asia) and spent there at sum 118 months (almost 10 years). So in medium i spent for each country 3,5 months.
Since 2016 i gives lectures to locals in Russia’s cities about countries. As well since 2016 i publishing a pages (mostly on russian language) about countries and my experience on my own website. 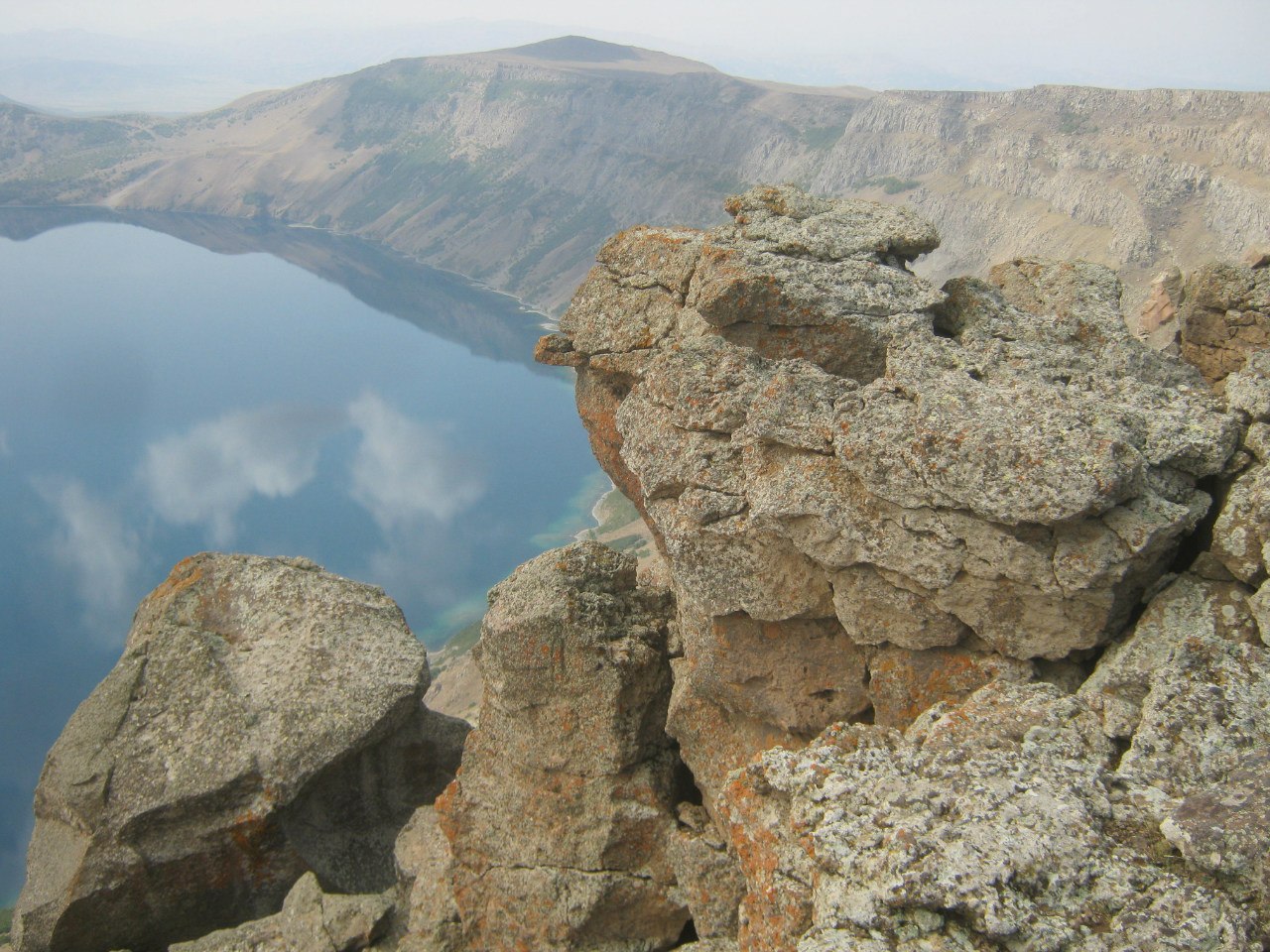 Lake Nemrut inside the crater of former volcano of Nemrut at Eastern Turkey. I walk around the crater for 10 hours at sum (with a break for sleep).

Some about my travel’s experience

Because i traveling just with sleeping bag without a tent (and without a money for hotel) i need place for stay for every night. Well i solve this problems thanks to many different methods. I found a shelter at churches, monasteries, mosques and temples of many other religions. I use website of couchsurfng (now it works only on this planet but perhaps in some future it may expand to Mars or Jupiter).

I slept many times at abandoned houses or just under the sky (if warm weather and no rain). As well i stay sometimes at special organisations as fire stations, stadiums and simplier places like a cafe, hairdresser or tatoo salons. Of course in my website i expalin that ways for surviving in wild traveling conditions.

Year by year i prefer to research natural places and high mountains more and more. At first my travels most of time i spent in the cities and interesting villages, but during last years sounds from nature and mountains nicer for me. For example at 2017-19 i spent time with walk much more than hich-hiking (maybe 20-30 times more!). Mountains of Upper Svanetia (the most amazing region of Georgia). I climbed there a lot of peaks and ranges higher 3000 meters (up to 3600).

I climbed a lot of high peaks and ranges higher 3000 meters (at least it’s about a few hundreds peaks, but probably almost thousand). Most of them at Caucasus & Turkey (in some days i visit a few peaks & ranges over 3000 if they located very near each other). And many lower mountains i hiking as well (for example on the Balkans highest mountains till 3000, but there is many about 2500 meters).

Also, i very love unusual landscapes and strange geoformations. For example amazing Cappadocia (with many different images of beauty) in Turkey or sanctuary of Wadi Rum (with almost Marsian landscaoes) in Jordan are most beautiful territories for me i ever seen before. Of course, high mountains as well very beautiful but it’s need to spent energy & time to reach that beauty.

Sometimes i just walking along the highway without wishing stop the car because surrounding landscape so amazing. 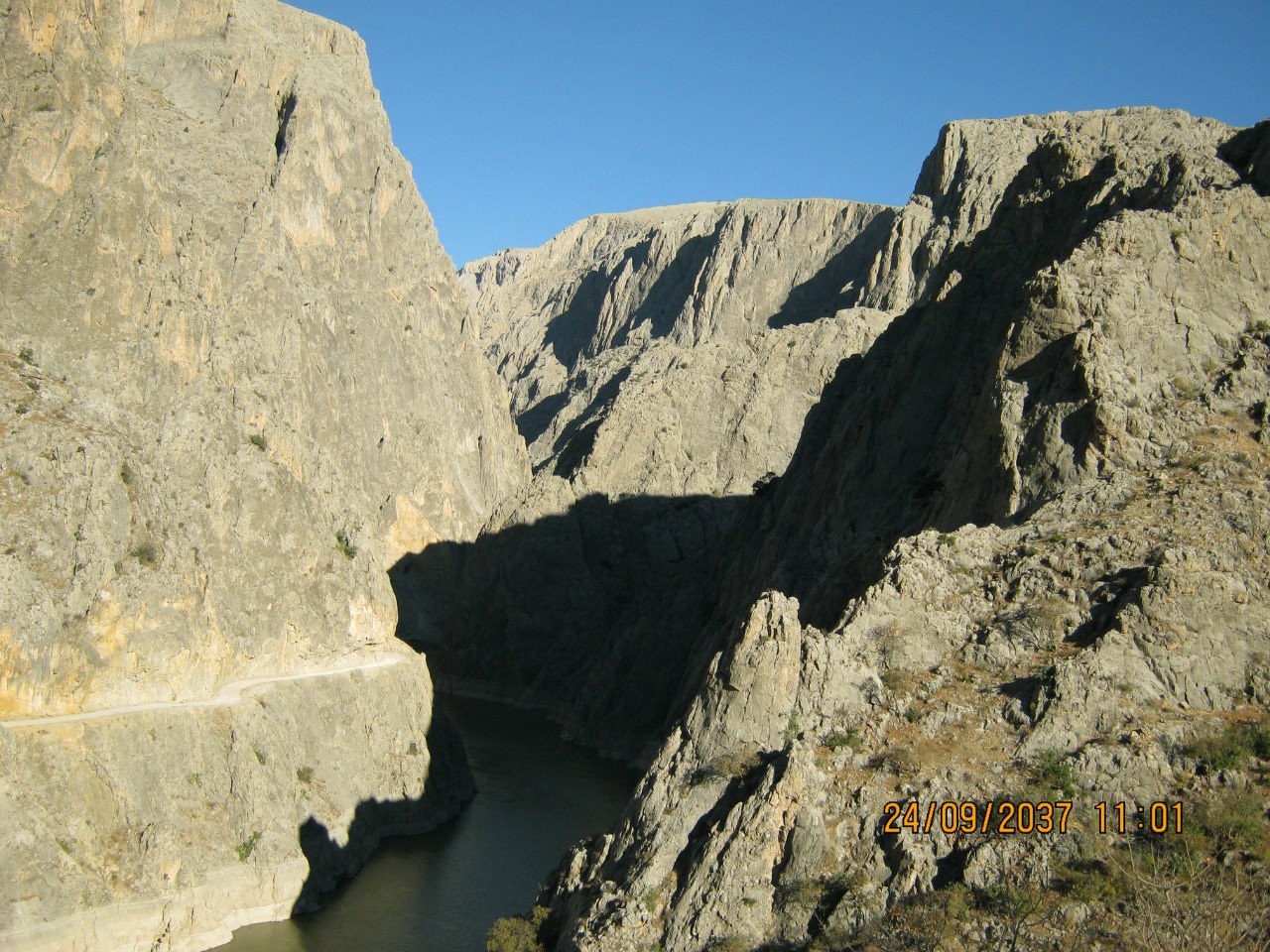 A view of canyon just from the bridge of the highway at Erzincan state of Turkey.

When in 2010 i return to my home after 4 winters without snow i began appretiate unusual images of snow (it may watch on trees, roofs of houses and on other staff). To live in cold climate are difficult and it takes our enerji but here is some pluses. For example people in hot climate can’t watch that beauty of snow (just on video or TV). 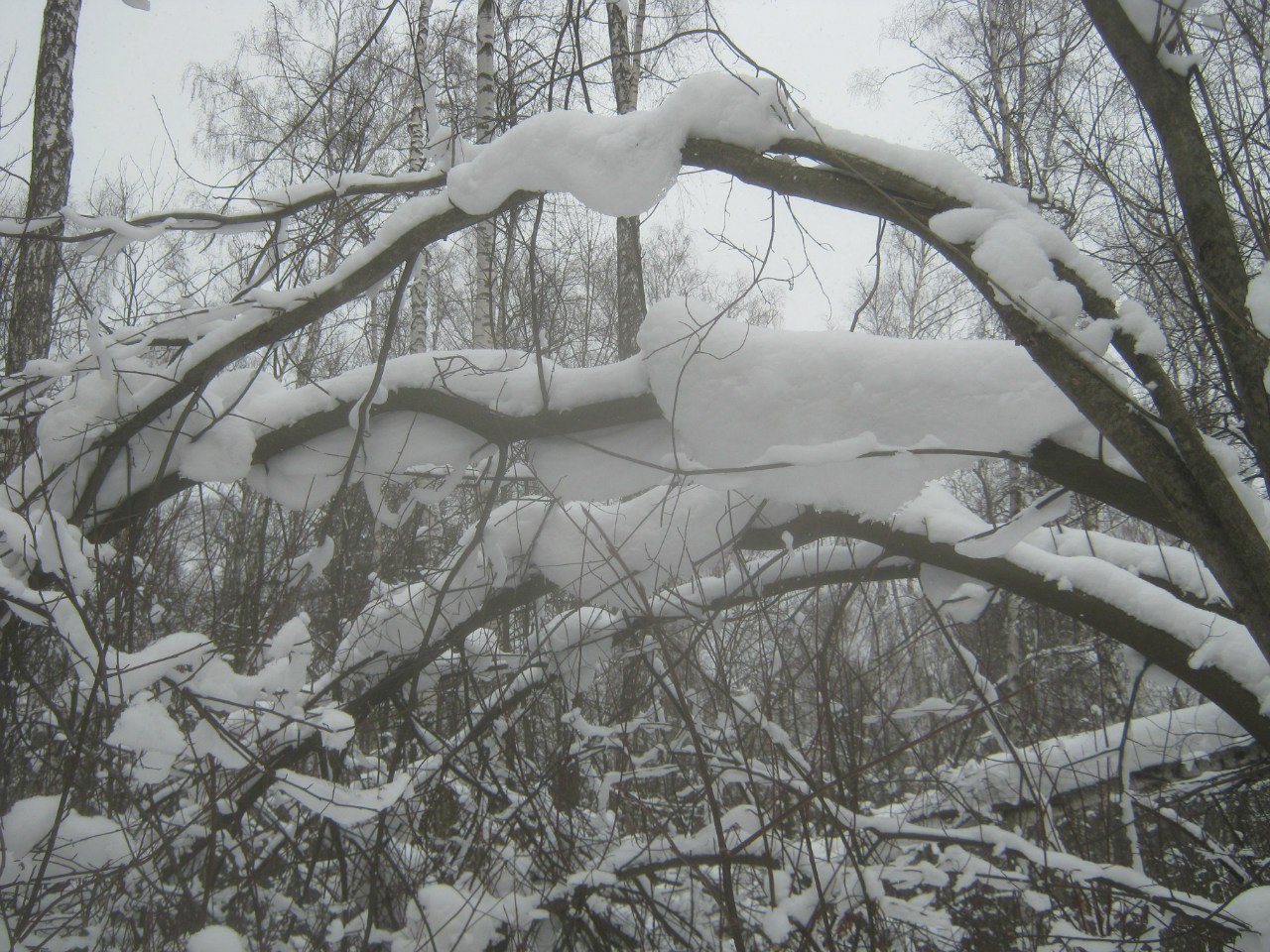 Interesting shapes of snow on the trees at Russia. During the winter shapes may changing many many times. Depends on snowfall, wind, temperature and sun.

Around us many different beautiful things

Actually (of course by my humble opinion) around us a lot of beautiful things that we are don’t appretiate. As well in any so called bad situation may find a good benefits. Just try to look from alternative position.

I think even a lot of garbage and other bad things for our common home (called planet Earth) can bring to humanity some solutions about next steps for more healthy & happy life. Otherwise we can broke all good things which offer us the God (or Universe, it’s on your choice). Or kill each other by nuclear or chemical weapons if we don’t make less our egoistic whishes.

Well return to less apocaliptic topic. During my trips i many times was checked by police, army and other special forces. Especially at area of Near East and Caucasus where many muslims has a radical views and governments trying to control it. Even sometimes sunni muslims fighting against other sunni muslims (maybe even they are sunny i not sure).

So in my opinion almost all life’s situations include so called bad and good points. If has a «white color» it should be a black and other colors for comparing and feeling the life. After sometime our world will damage (and we can make it faster) or disappear. What after that? Probably some people move to the Paradise or the Hell. Probably some people will born in other reincarnation. Anyways i thing the Life it’s not only our biological forms but anything what can imagine or can’t imagine. And even stones because they changes just by time. In my vision. In Capapdocia has two types of beauty: natural landscapes of different types and hundreds of thousands human-made caves, tunnels, churches, pigeon houses (this last type showed on the photo).

Some questions from the people:

— Can you explain better your life philosophy? Why did you devote yourself to touring the world?

It happens thanks to few main reasons. At the first — about prerequisites in my childhood i explained upper at the beginning of the text.
Secondly — it’s interesting to explore new places and situations and reporting about it to people (by my website, by lectures, and by talking with locals).

Thirdly — i don’t want to pollute our common home and prefer clean it by collecting enough good products which other people throw out. On my way of travels i talk with locals and give them info about it. I hope they some understand and change popular opinion about that human are king of the planet and he can make here whatever he want. Well nature answer us with some signals as coronavirus or similar things. 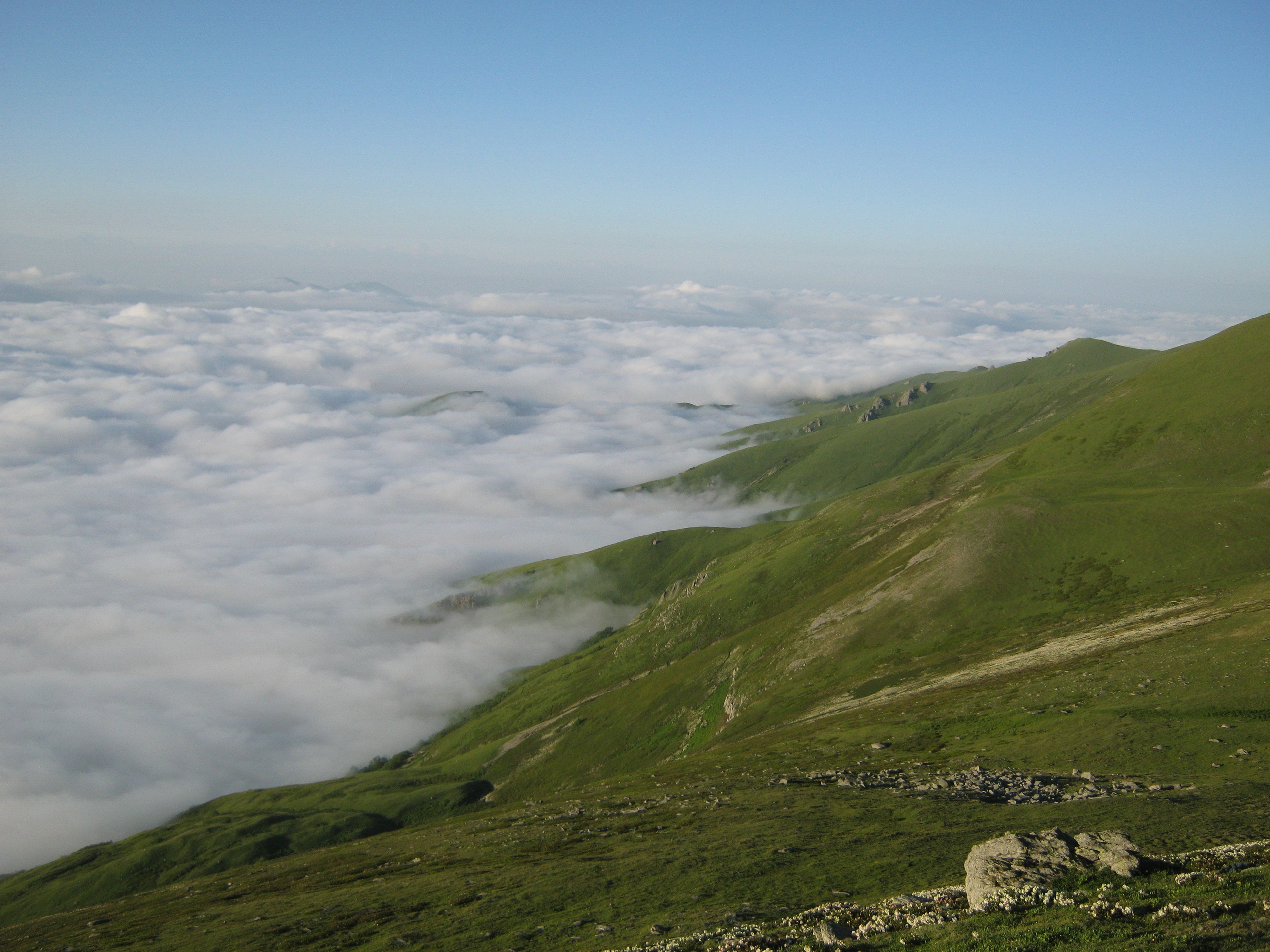 At the mountains of southern Georgia. Clouds slow rising up. It may be risky for the human if it’s high mountain and he not sure about way to down.

— What are you looking for in the world and life?

I trying change our world to betetr life style. As possible less cigaretts, alcohol, narcotics, air pollution. And fisrt of all less ego of the people. If ego less, world will be cleaner and nicer.

But in my opinion always any development or degradadtion of humanity will be good experience for the next generation of Universe. Even if humanity will kill oneself it won’t be End of the Life. I think there is a many chances for reincarnation or other options for continuing process of the Life.

— What did you find?

A lot of things. And many things i still lookng. But in my visiion the main are not some aim or goal of something. Way itself to that aim include many interesting things and once one of that things can change your previous destanation.

— What is your plan for futue, your next plan

Probably i will finish my travels just at next month. I don’t have a fix plan about life. Trying to live at the moment «here & now». Life of human being depends on many things and (in my jumble opinion) it’s almost impossible to make 100% forecast about future’s situations.

And available another page of this topic (something about my philosophy and short story of travels).

Also, on this website available links to all my texts in english.